Professional Media Services: The History of Our Success

Edward Malley, founder of Professional Media Services, brings impressive credentials and a continuous record of success to legal advertising. His achievements in both business and television have been featured on the front page of The New York Times business section and in People Magazine.

Mr. Malley is a highly acclaimed journalist and business writer, having written articles published in the Sunday edition of The New York Times, Money Magazine and The International Herald Tribune. He has won numerous journalism awards, including the Michigan Associated Press Broadcaster's First Place Award for General Excellence in Individual Reporting. Mr. Malley enjoyed a long and successful career in television broadcasting. He was an on-air newscaster with TV stations in Detroit, Denver, Pittsburgh, St. Louis, and Winston-Salem, culminating in a position with the prestigious CBS flagship station in New York City.

Understanding the power and scope of television, Mr. Malley then brought his years of success and experience to the field of legal advertising. He established Professional Media Services, Inc., an advertising agency specializing in dignified, effective TV marketing for law firms. Starting with one client-attorney in 1983, his company quickly grew to have attorneys on the air in over 100 cities in the U.S. To date, Ed Malley has produced thousands of successful television commercials for lawyers across the country.

Mr. Malley and his staff have designed a unique advertising program. Their TV ads are professionally produced and are specifically designed to maximize viewer response.

A team of highly trained professional media buyers strategically places the ads on programs that the injury victims or the disabled watch. Client-attorneys report that they receive more than two-thirds of their total calls within five minutes of the commercials airing.

Larry J. Schad, a Professional Media client since 2005, says: "When we run the ads, people call and you can hear the ads... they call before the ad is over. We hear it in the background, it's just wonderful! Time and time again, it's just a proven and effective way to advertise...It has a lot of versatility. Just a wonderful way to do business, and you are very good!" 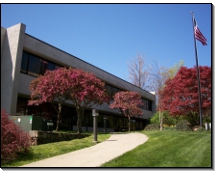 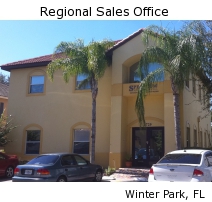